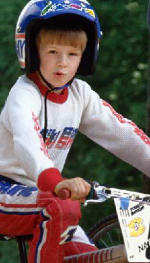 All too often, the Paramedics of Ashland Fire & Rescue find themselves responding to 911 calls reporting child cyclists being struck by automobiles. In addition to the trauma and pain suffered by our children, our Paramedics find themselves attempting to cope with the psychological impact of accidents which are easily preventable. Perhaps a better understanding of the magnitude of the problem will assist us in identifying solutions. Currently, there are almost 90 million cyclists in the United States and approximately 20 million ride their bikes more than once a week. Unfortunately, this increase in bicycle riding has been accompanied by a large number of deaths and injuries. In 2006, approximately 770 cyclists were killed on U.S. roads. Almost one-half of all bike-related deaths involve children 14 and under. An estimated 540,000 cyclists are treated in emergency rooms for bike-related injuries each year. Here are a few statistics which the average reader may find surprising: Each year approximately 400 children age 0-14 are killed in bicycle-related incidents. Of these 400 deaths, more than 360 are the result of collisions with motor vehicles.

Among children age 1-14 most bike-related deaths and injuries occur between 3 and 6 p.m.

Over fifty percent of child fatalities occur when a child rides out into the street from a sidewalk or driveway without yielding and is struck by a motor vehicle.

It would appear from these statistics that a greater level of attention is needed on the part of our driving public regarding the rights of cyclists and the risk of automobile/bicycle collisions in our community. You as parents could largely improve the bicycling safety of our young cyclists by insisting that they wear a helmet and teaching them the basic safety rules of the road.